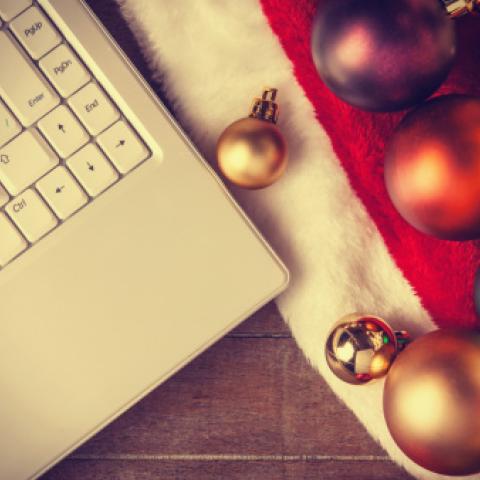 Is the prospect of filing your Tax Return online more appealing than a family Christmas?

Unbelievably some people think so, HMRC statistics show that 1,773 taxpayers filed their Tax Returns online on Christmas Day, which surely goes to prove that some people will do anything to get away from their relatives over the festive period, or perhaps they feel more up to the challenge after a few glasses of wine following the festive lunch!

However, despite these rather surprising statistics there are still some individuals who perhaps still suffering from the ‘January Blues’ never get round to filing their Tax Returns before 31 January deadline. So what are the consequences of burying your head in the sand and will the Taxman eventually go away if you ignore him long enough? Sadly not!

Over recent years, HMRC has tightened up the penalty regime in an effort to encourage taxpayers to file on time.

If your Tax Return is more than three months late, a daily penalty of £10 per day can be charged for up to 90 days (maximum £900), and if the Return is over six months late, there is a further penalty of £300, or 5% of the outstanding tax, whichever is greater.

Anyone who fails to act before a year has passed faces an additional fine of the greater of 5% of what they owe, or £300.

On top of these penalties are extra charges for not paying the tax on time. A month after the deadline the fine is 5% of the outstanding bill, after six months an additional 5% is added and after 12 months another 5%, and this is in addition to the 3% interest charged on late tax.

HMRC should have contacted you if they think you need to fill in a Tax Return, but if you haven’t heard from HMRC, that’s no excuse, the onus is on the taxpayer to notify HMRC if they believe they should be completing a Tax Return, hence as the name suggests ‘self assessment’.

On the other hand, if you have been issued with a Tax Return, but consider that because your circumstances have changed,  you should no longer be in self assessment, you can apply to be taken out of the system and potentially have the penalty cancelled. The criteria for being included in self assessment  is outlined on HMRC’s website and ‘because you’d rather not be troubled by completing future Tax Returns’ isn’t unfortunately listed!

You can put in provisional figures for now to avoid a penalty and then submit a ‘repair’ to your Tax Return at a later date. Always make sure that any estimates are reasonable to avoid being penalised for an incorrect Return.

Despite all your best efforts, if you do receive a late-filing penalty, there are limited circumstances where you can appeal against it if you have a reasonable excuse for not sending in your Tax Return, such as a family illness or bereavement, but pressure of work or failing to register on time for online filing do not count.

It can increase your risk of being selected for an enquiry, as HMRC may take the view that if you can’t get together the information to file your Return on time, it may be an indication that other areas of your financial affairs may be in disarray and may need investigating.

HMRC has in the past commented that “We want the Returns, not the penalties”. In reality, with the increase in online filing and the possibility of being able to file a Tax Return 24/7 with an immediate response, there really isn’t really any excuse for not filing your Tax Return on time – what are you waiting for?