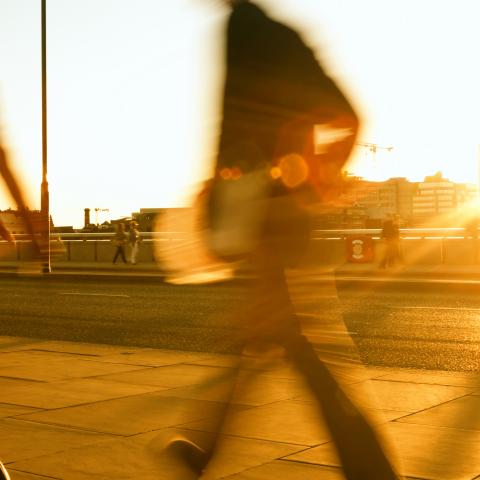 The ground beneath your feet

Whilst it is probably true that the most useful thing you could find beneath your property is oil or gold, there are a number of other minerals which, though less obviously exciting, are much more commonly encountered and increasingly important.

When I first wrote this article, it was in anticipation of the changes to the Land Registry rules in October 2013 meaning, amongst other things, that a buyer of surface land who was not given notice of the fact that the mines and minerals underneath it were owned as part of a manorial title, would also take over the title to those mines and minerals and the owner of the manor would lose them.

Several years on and what has changed? To avoid missing out in the way set out above, many manorial owners are registering their interests at the Land Registry and consequently many landowners are receiving notices from them, explaining that they do not own the ground beneath their feet – or at least not all of it.

To recap, the normal position is that ownership of mines and minerals runs with the surface ownership of the land, however, the mines and minerals can be separated from the surface and owned separately. This occurs in two main ways; the first being where the mines and minerals are reserved on a sale of land (standard practice for some landed estates) and easy to spot on the title; the second, which we are considering here, arises under the more complicated regime of manorial rights. Less exotic, but more common than it sounds, this is a hangover from the feudal system of land tenure by which the Lord of the Manor owned all of the land and his tenants derived their title from him in copyhold – literally a copy of the Lord’s title.  Under this system, the Lord’s ownership included the minerals, but he was not allowed to work them without the copyholder’s permission. From 1841 onwards it became possible for copyholders to enfranchise, that is, become the freehold owners of their land and by the Law of Property Act 1922 all remaining copyhold land was enfranchised automatically. On enfranchisements, the situation regarding minerals tended to remain the same, meaning that in former copyhold land, it is common that the minerals remain in the ownership of the Lord of the Manor.

But what of the practical impact? Very little if you own residential property and you are served a notice, telling you that the mines and minerals under your property are owned by the Lord of the Manor of X and are to be registered to them – unless you think there is a genuine mistake, then this is simply updating the Land Registry to reflect the status quo. If you own open land and subsequently find out that the mines and minerals are owned by a third party, however, a more considered approach is required: although there is the chance of the minerals owner might want to excavate them, whether they can do that depends on the nature of their right and whether they want to do that, depends on what there is down there.

The larger issue in practice is that of the interface between the minerals ownership and the surface ownership. Normal agricultural operations and other superficial works on the surface land are fine, but anything requiring deeper excavation, such as installing foundations for a wind turbine, could give rise to a claim against you by the owner of the mines and minerals for trespass – and if the minerals owner wants to excavate the minerals, they will need to talk to the surface owner about how to get to them. Much like two adjoining landowners, only in this case, with a horizontal, not vertical, division, it is without doubt important first to understand one's position and then to negotiate to find an appropriate solution, so that both parties' interests can be adequately protected. For that reason, both surface owners and minerals owners need to communicate appropriately, to achieve a deal that suits all parties to ensure that all parties can achieve their aims.