How will the leave vote affect property ownership, healthcare & taxation?

At the moment many UK citizens have holiday homes in European countries, in particular Spain and France. When the UK leaves the EU, in theory UK citizens will be treated like non-EU citizens in relation to these properties, potentially having to apply for a visa in order to visit. If so, this will mean more intrusive questions about various matters including how long they are going to stay, their income and health insurance position. There could also be a risk of higher taxes being applied by EU countries to properties owned by non-EU citizens. These points could in turn make the destination less desirable and lead to a reduction in property values.

However, there can be a great difference between what is theory and what is reality. It may be the case that bilateral agreements will be put in place between the UK and either the EU or individual countries so as to help establish a working system for UK expatriates and holiday home owners. If such agreements are not put in place, the EU's strict immigration rules could make the ownership and use of such homes difficult or impossible.

In reality, the EU may wish to encourage visitors from the UK and therefore will be open to agreeing more favourable arrangements such as those negotiated with other European but non-EU nations such as Switzerland.

In turn, EU citizens who own property in the UK will face similar issues and potential barriers to ownership if no similar arrangement is put in place.

At the moment an EU citizen can obtain a European health insurance card (EHIC) free of charge, giving them the right to access state-provided healthcare on temporary stays in EU countries at a reduced cost, or sometimes for free. This covers immediate and clinically necessary state-funded treatment including cover for pre-existing medical conditions and routine maternity care, provided the reason for the visit is not specifically to give birth or seek treatment. This may no longer be available.

The UK currently has very different tax rules from most European countries, so for the vast majority of individuals the position will remain the same.

However, there is potential for change in certain areas where tax reliefs are currently applied to EU assets as well as UK assets due to the UK’s EU membership. For example, gifts in wills to EU charities are currently free of UK inheritance tax but there is some speculation that this might be restricted to UK charities following Brexit. Agricultural land in the EU can also currently be inherited free of inheritance tax due to the operation of Agricultural Property Relief and again this could be curtailed so that the potentially valuable relief is limited to UK land. If either of these changes were to come about they would have significant implications for UK taxpayers.

Finally, it is important to mention the European Succession Regulation, which came into effect on 17 August 2015, and affects both UK citizens with property in other EU countries and EU citizens with property in the UK. Its purpose is to provide certainty in cross-border succession situations. The rules are complex, but in terms of which law applies to the succession of their assets a key provision is that an individual can choose that the law of their nationality will apply. The UK has opted out of the Regulation, so individuals with UK-only assets are unaffected, but it is still relevant where UK citizens own property in EU countries. The application of its terms is likely to remain the same but this is still an area of considerable uncertainty so professional advice should always be obtained. 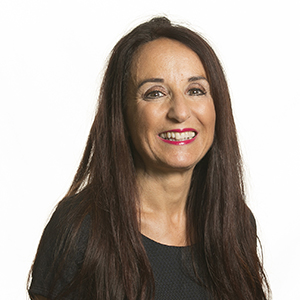