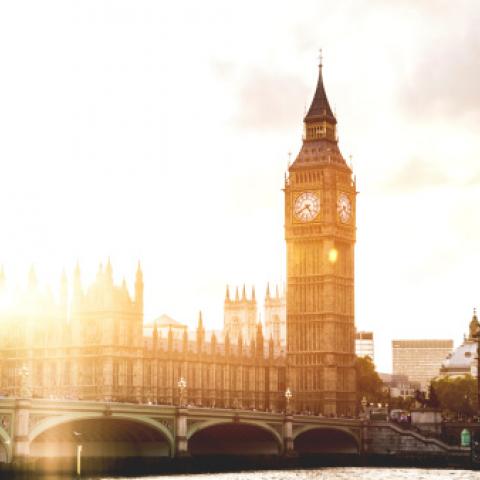 The promise of an increase in the Inheritance Tax threshold was a mainstay of the Conservative Party Election Manifesto. The headline announcement on the nil rate band (the value of an estate that is not subject to Inheritance Tax) was an increase from £325,000 to £500,000 per individual. This increase will be phased in from April 2017 commencing with an additional £100,000 in April 2017 before reaching the announced £175,000 by April 2020. As a reminder, the nil rate band can also be passed between spouses or civil partners, allowing couples to pass on total assets of £1 million without any Inheritance Tax liabilities. For estates with a net value of more than £2 million, however, the additional nil rate band will be withdrawn at £1 for every £2 over this threshold.

However, the increased allowance is not as flexible as may have been hoped. The additional £175,000 per individual can only be applied to the family home, and as such couples with relatively small homes and extensive other assets will not benefit, nor will those in rental accommodation. This additional nil rate band will be known as the “Main Residence nil rate band”. The current “basic” nil rate band will remain frozen until at least April 2021.

The specific provision for the family home is unsurprising when considering the rationale behind the change. Whilst Inheritance Tax has traditionally applied to a relatively small number of wealthy individuals and families, a combination of rising asset values (particularly house prices) and a static nil rate band has brought increasing numbers of people with relatively modest wealth into the regime.

The introduction of the “inheritance tax credit” system is also a useful addition. This should operate to allow people to downsize later in life as required, whilst retaining the higher nil rate band conferred by a valuable home. This will also serve to avoid distortion in the housing market by ensuring that individuals with large, expensive homes will feel capable of downsizing without a loss of significant benefit.  This credit will only be available provided the deceased left a downsized residence or assets of equivalent value to their descendants. Details on this credit will be the subject of a consultation to be published in September 2015.

The increase in the nil rate band for those with property will assist a large number of individuals and couples to pass on a more substantial legacy to their children and grandchildren, particularly when combined with the increased flexibilities for pension death benefits.

A more surprising amendment made in the Summer Budget was a comprehensive reform of the dividend taxation system. At present tax credits are paid on all dividends, meaning income is paid to investors at a rate of 90% of the full dividend. There is no further tax to pay for basic rate earners, with higher and additional rate taxpayers paying tax on dividends at 25% and 30.56% respectively. Under the reforms, scheduled to be introduced in April 2016, the Government will remove the dividend tax credit entirely.  The system will be replaced with a tax-free dividend allowance of £5,000 per annum for all taxpayers. Based on a yield of 4%, this amendment will only impact investors with over £125,000 in income generating shares and funds. The impact for those with portfolios generating more than £5,000 of annual dividend income will be significant. Any excess above the £5,000 allowance will be charged at a rate of 7.5% for basic rate taxpayers, with rates of 32.5% and 38.1% for higher and additional rate taxpayers.

The Government have confirmed that the reforms will not impact on investments held within an ISA, further reinforcing the tax advantages of this form of investing.  As a reminder, investments held within an ISA grow free of Capital Gains Tax and any withdrawals or dividends are not subject to income tax. The annual ISA allowance for the 2015/16 tax year is £15,240 per person or £30,480 for a couple.

Whilst the purported intention of this reform is to reduce the cost to the taxpayer of “tax-motivated incorporation” (workers setting up companies which pay them in dividends in a bid to reduce taxation), there will be a significant impact for investors who rely on their investment portfolio to provide them with a large level of income.

The wide-ranging pension reforms of recent Budgets were not added to by the Government at this time. The Chancellor also allayed any fears that the new “pension freedoms” would be withdrawn in the immediate future, with no mention of this made in the Budget. There will, however, be a restriction of tax relief for higher earners introduced from April 2016, with those earning over £150,000 facing a reduction in the amount that can be contributed to a pension plan whilst obtaining tax relief.  This will reduce from the current limit of £40,000 to £10,000 per annum.  Higher earners may now wish to review the attractiveness of pension contributions from a tax perspective before the April 2016 changes, whilst simultaneously considering other means of investing to create a tax-efficient portfolio.

The Chancellor did outline potential further reforms to pension planning, which are considered in the “Consultation on Pensions Tax Relief” document released by the Government.  The consultation period will run to 30 September 2015, and as such any changes will not be made imminently.

It is apparent that the reforms presented by the Chancellor will have a significant impact on investors, and will present many with an opportunity for further financial planning.