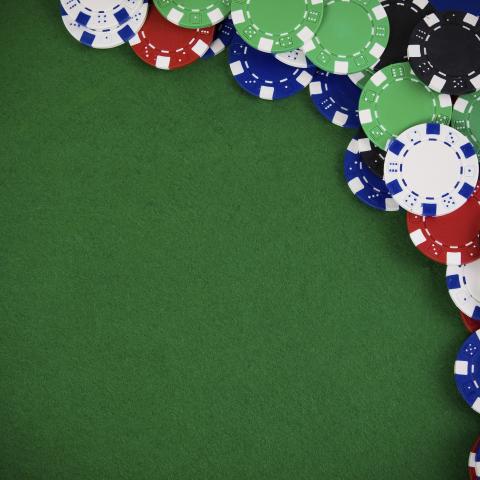 Estate administration: a bit of a gamble?

Applications to remove personal representatives (PRs) under s50 Administration of Justice Act 1985 are certainly a useful, often necessary, tool for resolving disputes over the administration of an estate. They appear to have become more popular in recent years and there is a steady stream of court decisions concerning them (including applications to remove will trustees using the provisions of the Trustee Act 1925 or under the inherent jurisdiction of the court). We will look at some of the more recent cases in this article. Although it is true that reading judgments in s50 cases can help guide the practitioner in their dealings with the recurrent themes that crop up in this type of case, there will always remain a strong element of uncertainty in this area. Whereas all litigation carries inherent risks, this jurisdiction seems particularly difficult to second guess. And yet, because the parties can be very intransigent and the impasses they have reached can be so difficult to resolve, cases can be more likely to go to trial.

The unpredictability here is no doubt linked to the highly discretionary nature of the relief sought, as applied to complex and often highly-charged subject material. Despite their case receiving careful and thorough judicial treatment, a litigant might feel that the same decision could have been delivered by a rather more random process. It is hardly an appropriate analogy, but you will remember playing one-armed bandits with fruits or other symbols displayed on the reels. Here, each symbol represents the PRs who are currently in post. After a pull of the arm or handle, the player can end up seeing the same symbols (no change) or none of those symbols (complete change), or two or three of them perhaps still in post with a new PR joining them. However, the replacement symbols may or may not be the symbols the player was expecting or hoping for.

It is the experience of many practitioners that the starting point is that the court will seem reluctant to remove a personal representative. In cases where the deceased left a will, the court may understandably want to respect the testator’s choice of executor. But even if there was no will, the court may be inclined to favour the status quo and so avoid any instability and additional cost caused by removing those who have already obtained a grant of probate from office. It is quite common for applications under s50 to morph into the giving of directions to deal with the remaining steps in the administration of the estate, thus avoiding the need to address the removal point altogether. Indeed, in Harris v Earwicker [2015] Chief Master Marsh noted in his concluding remarks that:

"… the jurisdiction under section 50 is not to be exercised lightly and although there is no presumption against change, the party seeking change must satisfy the court that there were substantial grounds which make a change necessary."

Most helpfully, Master Marsh also set out earlier in his judgment some other general principles applicable to s50 applications, as derived from previous cases and guidance contained in Williams, Mortimer and Sunnucks (Executors, Administrators and Probate, Sweet & Maxwell). Notably, these principles suggest a more open-minded approach to the subject than one of preserving the status quo:

In Harris Mr Le Feuvre, one of the children from the deceased’s first marriage, sought the removal of all the executors, or alternatively, just Mr Harris, the deceased’s solicitor (the other two executors were Mr Clegg, a chartered accountant, and Mr Mason, a friend of the deceased). Mr Le Feuvre had made various claims criticising Mr Harris’ handling of the estate. The deceased’s widow did not want anyone to leave office. Chief Master Marsh found that there had been a complete breakdown of relations between the children of the first marriage and Mr Harris. Relations with Mr Clegg and Mr Mason were also strained. The starting point was to consider what was left for the PRs to do. The remaining work arose mainly under the will trusts and decisions would have to be made which would need careful thought. The deceased had chosen his executors prudently and although his wishes were only one factor, they carried real weight, particularly where the beneficiaries were divided about the need to change. In addition, it was highly desirable for at least one of the PRs to be a professional. Although the Chief Master found no wrongdoing or fault on the part of Mr Harris, he acknowledged that Mr Harris had already taken the ‘realistic position’ of recognising that it may not be helpful for him to stay in office. It was in the best interests of the beneficiaries as a whole and for the smooth running of the will trust that he were removed. On the other hand, there was no reason to remove Mr Clegg (the accountant) and/or Mr Mason. Perhaps not the best outcome for Mr Le Feuvre - only Mr Harris out of the three removed, and even he had apparently already fallen on his sword.

Re Weetman (Deceased) [2015] was an application to remove will trustees, heard by HHJ Purle QC sitting in the Birmingham District Registry. The will provided that 50% of the deceased’s shares in his company should go to the employees working for him at the date of his death, with the remaining 50% of his shares going to family members. The proving executors, Mr James (the deceased’s solicitor) and Mr Mountford (his accountant) were to act as trustees of the trusts that held shares for the benefit of the deceased’s daughters and grandchildren. There had been tension between the family and those running the company, and as Mr Mountford was viewed as having acted as a de facto director of the company, the family objected to him, and indeed Mr James, acting as trustees for the children. The judge was of the view that the family were entitled to voice their concerns, and indeed looking at the matter objectively, a well-informed observer would see Mr Mountford’s position as impossible, or at least seriously compromised due to a potential conflict. Family members would obviously wish the will trustees to maximise the return from the investment in the company whereas the company might need to deploy its finite resources for other business purposes and the proper reward of its workforce. As it happened, Mr Mountford and Mr James were not against being replaced and they had proposed to appoint two other individuals, one an accountant and the other a solicitor to act in their places. The family members sought an order that the deceased’s adult daughters and the probate solicitor now acting for them should be appointed. Citing the need for harmony in the running of the trusts, the judge acceded to the family’s request, which was also a cheaper option involving only one rather than two professionals. This was a case where a wholesale replacement of the existing trustees was always going to happen, but the actual outcome must have still been somewhat finely balanced and therefore this was a good result for the family to see their choice of trustees prevail.

Jones v Longley [2015] is a somewhat unusual costs decision, itself following a fairly surprising outcome in an application to remove an executor. Mr Jones and Mr Longley were the executors of the deceased’s estate. Mr Jones was a solicitor and had drafted the will, whereas Mr Longley was the deceased’s eldest son and a beneficiary of the estate. During the administration of the estate, the executors had disagreed on a number of matters, including the terms on which the deceased’s house should be assented to Mr Longley and whether the executors should pursue a claim in Hong Kong concerning a bank account held by the deceased. The parties had come before Master Matthews earlier seeking some directions in the administration of the estate. In a rather proactive form of case management the Master had invited both sides to consider making an application for the removal of either or both of the executors. Mr Jones responded to the invitation by seeking Mr Longley’s removal. Mr Longley resisted the claim but interestingly did not seek the removal of Mr Jones, insisting instead that Mr Jones should carry out his duties (something he had been criticised for not doing in certain aspects of the administration).

In his decision on costs, the Master found that, contrary to Mr Longley’s allegations, Mr Jones had acted reasonably as executor. The Master took a dim view of Mr Longley’s conduct on the other hand, both in the way he had barraged Mr Jones with criticism throughout and the way he had conducted himself as a litigant in person during the proceedings (for example by stating and restating various allegations against Mr Jones ‘in prolix, quasi-scientific and repetitive language’). It might come as something of a shock to learn that the Master had in fact chosen to remove Mr Jones, rather than Mr Longley as executor. Master Marsh accepted that this decision had been ‘exceptional’, being largely due to the fact that there were only three adult beneficiaries interested in the estate, that they were all siblings who wished Mr Longley and not Mr Jones to continue to act, and that they were willing to accept any risk inherent in entrusting the administration to Mr Longley alone.

Although Jones v Longley is a more extreme example of the sort of unpredictable twists and turns that an application under s50 can take, it is nevertheless something of a lesson as to how these applications should be approached. I am not seriously advocating that we view the process as something similar to playing a one-armed bandit, but to reduce the risks involved it will be advisable at an early stage to identify as best one can the range of potential outcomes and the costs consequences that are likely to follow in those different scenarios. How will our client view those outcomes? Is keeping the status quo still the worst case scenario? Even then, we may also be wise to appreciate that we will be taking something of a chance by launching our application, not knowing how things will precisely turn out but proceeding in the hope that the action will somehow unblock the stalemate that has been reached. Good luck!