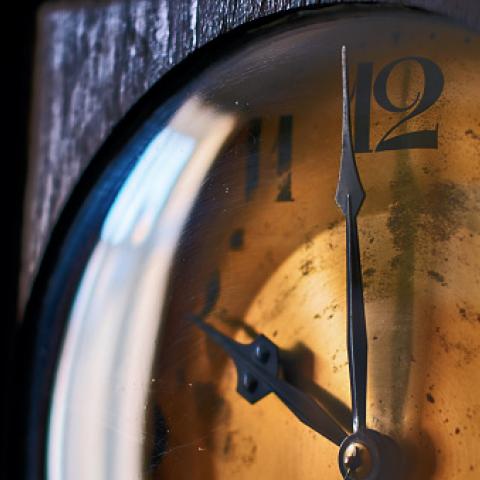 After a year which saw Leave and Trump defy the polls - and conventional voting patterns - to claim victory, many investors have questions and concerns about what all this political upheaval means for their investment strategy.

The first and biggest question is whether it fundamentally changes the arguments for investing in the first place. History would suggest not. 'Risk assets', such as stocks and shares, are by their nature volatile. The reward for this risk has, over time, come in the form of a 'risk premium', which is the return in excess of that from a risk free asset (say, short term gilts).

Over the very long term this has certainly been borne out by the numbers. The risk premium varies across markets and time periods but, since the mid-1970s, is generally considered to have been between 3.5% and 5.5%.

The important point to bear in mind is that this long term average masks the fact that there have been many shorter periods when the risk premium was strongly negative. This raises another question which comes up regularly in the minds of investors – 'is this time different?' This is a subject tackled by Carmen Reinhart and Kenneth Rogoff in their excellent Book This Time Is Different: Eight Centuries of Financial Folly. They make the point that, throughout history, individuals and countries have been lending, borrowing, crashing and recovering their way through various financial crises.

Each time, there have been claims that the old rules of valuation no longer apply and that the new situation bears little similarity to past disasters. In reality, every new crisis has a precedent in history. The technology bubble at the turn of the millennium pales in comparison with Tulip Mania when, in the 1630s, the going rate for a single Semper Augustus bulb was reportedly 12 acres of land.

Despite all this, so far throughout history the fundamental trends have persisted, including the reward investors have received for holding risk assets.

Of course, knowing this is one thing but it doesn't solve everything. Even the most sophisticated investors are still, to an extent, at the mercy of behavioural finance biases which reduce their ability to behave rationally. Some of the most common of these are:

People tend to feel the pain of losses more keenly than the joy of gains. Portfolio losses can therefore stick in the mind more, making it hard to assess past performance in a balanced way.

People are often drawn to information or ideas that validate existing beliefs and opinions. This can make it hard to interpret financial news in an even-handed manner.

People tend to overestimate their ability to control and influence events, which is challenged by the inherent unpredictability of markets. Investors can sometimes express a preference for investments which they perceive to be more tangible and therefore easier to understand and control, such as residential property or gold, when in reality such investments still carry risk, and investors are similarly unable to control the forces which drive their prices.

The tendency to over extrapolate recent trends, which often lurks behind both speculative bubbles ('buy high') and the disposal of holdings at a loss ('sell low').

People are social animals and as useful as this is in many areas of life it can be a hindrance in investing, where a tendency to follow the latest trend and not miss out can move people away from their carefully designed long term strategy.

We've just had an excellent reminder of this. As Donald Trump's surprise election win began to materialise, US futures markets implied large losses for equities. But this was quickly reversed and headlines on finance websites like ‘FTSE 100 sees £37bn wiped off value as Trump win sparks market turmoil’ were hastily taken down as markets recovered then rallied to register record breaking highs in early 2017.

Before that, the Brexit vote had already shown the dangers of giving up a long term strategy to chase short term trends and market noise. Again, the initial correction, after the 23 June 2016, was quickly reversed and gave way smoothly to talk of a ‘Brexit bounce’, as though that was always, and always would be, a 'thing'. This can be a problem. Despite the truth of William Goldman’s famous dictum 'nobody knows anything', that won’t stop people claiming to have simple answers that can be condensed down to newspaper headlines which sell copy. People will extrapolate and assert, and express views and predictions that will sound entirely convincing now and ridiculous in twelve months’ time.

So what should a concerned investor do? Given that every investor is different, that question is as deep as it is wide. But, generally speaking, it is wise to remember two broad principles.

Firstly, invest with a plan. If you know, following proper consideration, why you are investing, what return you are seeking and what degree of risk you are prepared to tolerate (as opposed to simply chasing maximum returns without considering the 'why') then you should be better equipped to make sensible judgments about whether your strategy remains appropriate over time. If you have a long term plan and your portfolio is strategically structured in order to achieve this, accounting for the inevitable ups and downs in the markets, then you can resist the urge to respond to market noise and take rash decisions.

Secondly, for most investors, is it appropriate to diversify sources of returns to manage risk, rather than chasing the 'best' asset class or individual holding, with all the risk that entails.
If you have a portfolio that is diversified across different asset classes, regions, sectors, and if that diversification has been maintained through regular reviews and rebalancing, then you are ahead of the game. Given a wide range of outcomes it is important not to be dependent on a small number of them, which is where investing strays into speculation. As the markets' reaction to Brexit and Trump proved, even when the initial response seems to tell a particular story, the cause and effect become less predictable the further you project into the future.

At times of uncertainty, there is often a flight to haven assets, such as gold and the Japanese Yen. Such a move seems appealing but is speculative in itself, in that these assets themselves fluctuate aggressively, and moving in and out of risk assets in an attempt to benefit from short term movements introduces timing risk on top of the risk present in the underlying assets themselves. The fact is, most investors get timing decisions wrong and the cost of that can be huge.

So, in conclusion, if you have a robust long term strategy and a properly thought out and diversified portfolio (based on long term evidence of risk premiums and the relationships between asset types), then you can relax and feel smug when stories about financial Armageddon make it onto the front pages of newspapers, as the need to make knee jerk decisions is drastically reduced.

At Bond Dickinson Wealth we are experts at helping clients devise a suitable investment strategy, and at helping to manage things over time to make sure this remains the case. If you have any specific concerns about market risks, or you would like to speak to us about how we can help, please do get in touch.