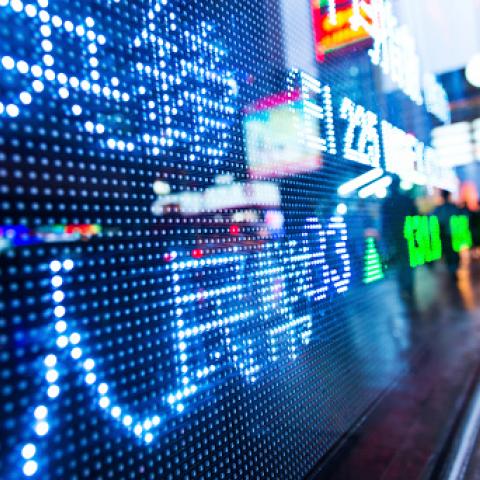 You may have noticed that there has been a touch of market volatility in recent weeks. At times such as these, the shady and esoteric world of stock market investment migrates from the financial press to the mainstream media, and the chief beneficiaries are Robert Peston as he racks up the overtime on 24 hour news, and purveyors of ‘trader-with-head-in-hands’ stock photos.

As is increasingly the case, commentators have struggled to piece together the cause-and-effect going on behind these market movements. The initial trigger appears to have been the collapse of a Chinese equity bubble which looked rampantly speculative all along, combined with the perception taking hold that moves by the Chinese government to devalue its currency constituted panic, leading to the extrapolation of fears about Chinese growth into fears about global growth. Or, perhaps, that Chinese data is even more unreliable than everyone thought, a theory encouraged by the sudden rebounding of the Shanghai Composite Index above the arbitrarily significant 3,000 point mark ahead of a high profile military parade.

So, basically, nobody knows. Short term market data is inherently random and exists beyond any kind of definitive analysis. What the recent sell-off has highlighted, more than anything, is the inability of anyone to predict the chain of events that runs through a shock in one far flung market and, in a world of increasing globalisation and computerised trading, the tumbling dominoes of forced portfolio reorganisation and unwinding of trades everywhere else.

What does this mean for the average investor, if anything? The question I get asked most often when markets are falling is ‘do we change the strategy?’ Which I suppose is a variation of the hoary old stock market question ‘is this time different?’

Except they have different answers. Because although I don’t believe a fundamental change in strategy is in order, it is different. Markets behave differently now from the way they did twenty years ago. And will behave differently in another twenty years. The forces that drive them are not static. The interconnectedness of economies, increasing automation, near instant dissemination of news, the renegotiation of what and who the key drivers are. All these things will continue to shift.

However, I believe this means there is less not more need for a change in core strategy. When you strip out the noise, the only practical response to the increasing uncertainty and inexplicability of short term movements in markets is to hold on to the underlying fundamentals, and control the controllable:

In conclusion, the boring answer is probably the right one. If a portfolio is set up based on one’s properly established needs and tolerances, then history tells us that the right course of action is to tune out the noise and stick to the plan, while markets do what markets do. And, try to resist the perfectly understandable - but perfectly wrong - instinct to make changes based on knee-jerk reactions.